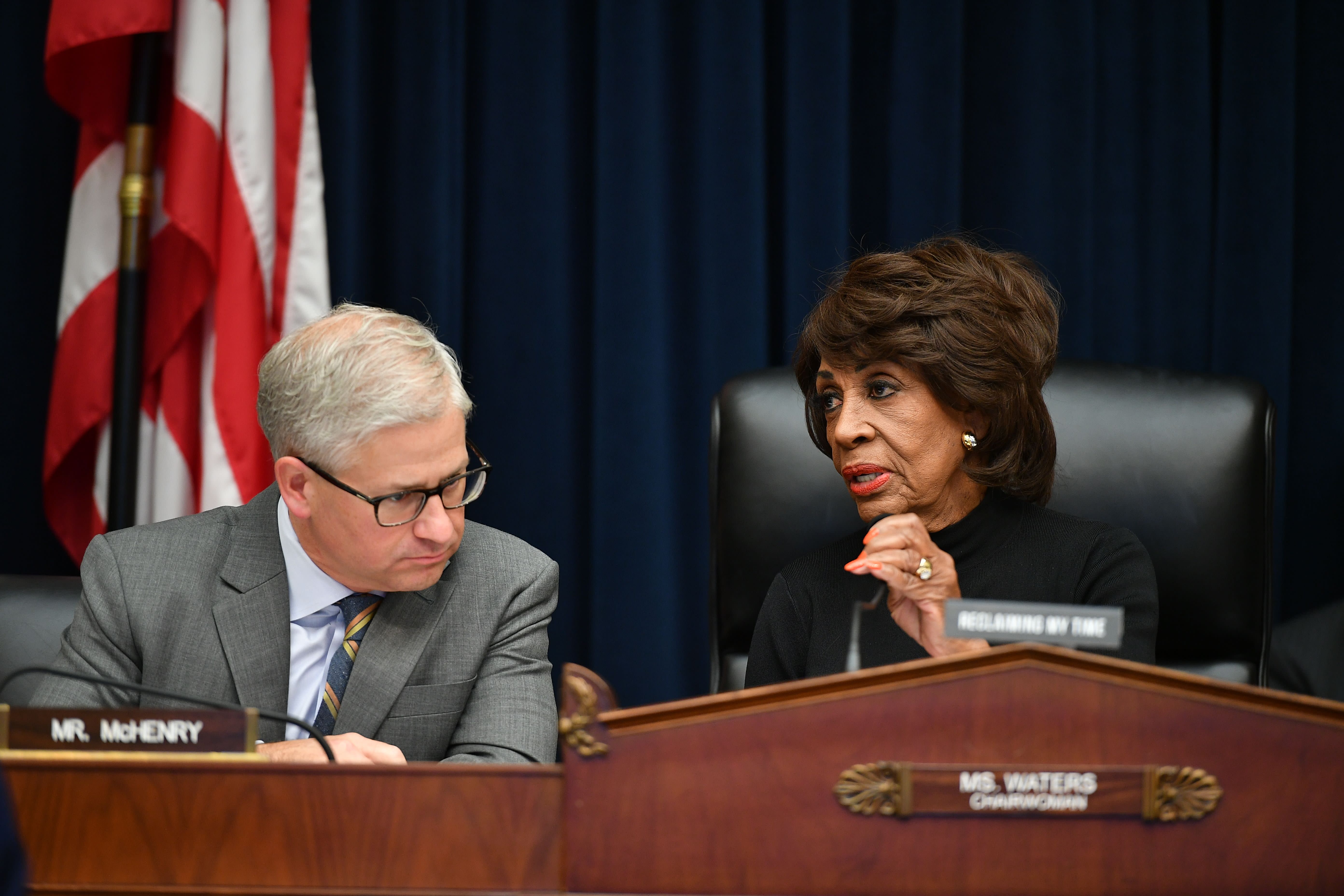 Facebook CEO Mark Zuckerberg is in for a long day on Capitol Hill.

Zuckerberg is testifying about Facebook’s (FB) cryptocurrency plans and impact on the housing sector before the House Financial Services Committee.

Chairwoman Maxine Waters (D-CA) kicked off the hearing with a blistering rebuke of the social media giant.

Waters reiterated her call for a moratorium on the Libra project until regulators can figure out how to deal with it.

”It would be beneficial for all, if Facebook concentrates on addressing its many existing deficiencies and failures before proceeding any further on the Libra project,” said Waters.

She went on to list a series of problems she sees with Facebook, including a lack of diversity, housing discrimination, antitrust and election interference.

In his opening statements, Rep. Patrick McHenry (R-NC) urged lawmakers to hear Zuckerberg out — and avoid a knee-jerk reaction that could hinder innovation going forward.

“Today is a trial on American innovation,” said McHenry. “Politicians enabled by special interests and a lack of understanding of new tech use fear to justify what is ultimately a power grab. New laws, new regulation but ultimately old and tired ways to centralize power here in Washington.”

Still, McHenry acknowledged concerns about what the company is doing. “I have my qualms about Facebook and Libra — I do. And the shortcomings of big tech. There are many, yes, there are. But if history has shown us anything, it’s better to be on the side of innovation, competition,” said McHenry.

Zuckerberg began his opening remarks talking about the benefits of Libra, though he acknowledged Facebook is not the “ideal messenger” for the project, given the past “challenging” few years. He told lawmakers the “financial industry is stagnant” and Libra can help the United States “extend its financial leadership.”

”I actually don’t know if Libra is going to work, but I believe it’s important to try new things — as long as you’re doing so responsibly. That’s what has made America successful and it’s why our tech industry as led the world,” Zuckerberg said.

Zuckerberg tried to assure a skeptical committee, by saying Facebook will not be part of a Libra launch that doesn’t have the approval of U.S. regulators. Rep. Bill Huizenga (R-MI) forced Zuckerberg to get more specific, by asking what would happen if the Libra Association decided to launch without U.S. approval.

“Then, I believe, we would be forced to leave the association,” said Zuckerberg.

Zuckerberg later elaborated, saying it’s his understanding “that everyone is aligned on making sure we have U.S. regulatory approval to launch anywhere in the world. That’s the goal and that’s the plan.”

Rep. Nydia Velazquez asked Zuckerberg if he would commit to a moratorium on Libra until Congress can develop a legal framework for regulators.

“My understanding is that Congress exercises significant oversight over the regulators through these committees. So that would seem to me like the appropriate way for that to happen,” said Zuckerberg.

“So that is a no,” replied Velazquez.

“I think because it’s a risky project. There’s been a lot of scrutiny,” said Zuckerberg.

Several lawmakers grilled Zuckerberg on Facebook’s credibility and trustworthiness. Zuckerberg acknowledged the company has work to do in order to build trust.

Rep. Al Green (D-TX) asked Zuckerberg about the diversity within the Libra Association — but Zuckerberg was not able to tell the congressman how many women, minorities or members of the LGTBQ community are involved in the project.

Despite the bipartisan backlash, there were some lawmakers who defended Facebook and praised Zuckerberg’s effort to innovate.

“Anybody can criticize. As you can see here today, politicians in Washington are pretty good at lodging criticism, but creating something of value is significantly more difficult,” said Rep. Andy Barr (R-KY). “We in Congress should view innovation for its potential opportunities in promoting financial inclusion, reducing friction in transactions, aiding small business and bringing the financial system to unbanked and underbanked communities.”

This story is developing and will be updated.

Jessica Smith is a reporter for Yahoo Finance based in Washington, D.C. Follow her on Twitter at @JessicaASmith8.

Zuckerberg says Facebook is not the ‘ideal messenger’ for Libra

‘Is that the internet we want?’ Zuckerberg blasts China, Tik Tok for censorship

Elizabeth Warren wants to break up big tech. Other candidates aren’t so sure

How Democratic candidates plan to protect American jobs from automation