The word jumps out at you. It is the 20th word Vin Scully reads as narrator of the official 2020 World Series film.

“To tell the story of the 2020 World Series, you have to understand what will always be its most improbable aspect: that the Series happened at all,” Scully reads.

That word is immortalized in Dodgers lore, and in World Series lore, in a line Scully uttered in 1988. As Kirk Gibson circled the bases after his legendary home run, Scully delivered this legendary line: “In a year that has been so improbable, the impossible has happened.”

For Scully, and for the Dodgers, that adjective should be retired. Who would dare ask Scully to use that word this year?

Hernández: As heartless as it might be, Dodgers must move on from Kenley Jansen 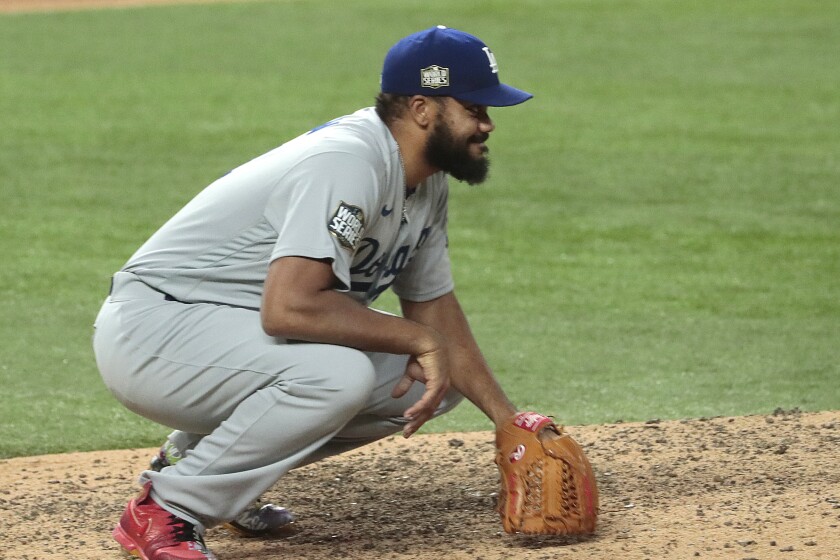 Hernández: As heartless as it might be, Dodgers must move on from Kenley Jansen

Kenley Jansen is no longer an elite closer. The Dodgers have to find a solution and have the remainder of the winter to figure out how.

Could the Dodgers land Trevor Bauer? There’s always a chance
MLB to give Negro Leagues ‘long overdue recognition’ as a major league

Aaron Cohen, a three-time Sports Emmy winner, has written the annual World Series film since 2015. The film is scripted, which means Cohen had the job of putting words into Scully’s mouth.

“It is daunting,” Cohen said. “The genius of Vin Scully, more than anyone, is that what comes out of his mouth naturally is pitch perfect, and better than anything that anyone could ever write.

“There is a virtuoso element to it. For me, the goal is to try to come close to that level.”

Said Scully: “That’s kind of an overwhelming compliment. Let’s just put it this way: I have been trained to do my ad-libbing when I was doing play-by-play. When I’m involved in a tape of a movie, in between scenes, I know how tricky it is to time everything. So I’m not about to deviate from the script at all.”

“With Bryan Cranston, I might not want to use the term ‘red-hot bat.’ It’s a little too baseball-ish and cliche-ish,” Cohen said. “But with Scully, it’s really cool when he says it.”

The calls on the game highlights are a mix of clips from national and local broadcasts. Charley Steiner, the Dodgers’ radio voice, features prominently in the film. When the Dodgers win the Series, Steiner delivers a good line.

“In a year like no other, where joy has been so hard to come by,” Steiner says, “tonight, tears of joy. Let ‘em flow.”

The year indeed was like no other: a pandemic-shortened season, threatened by virus outbreaks, completed with the Dodgers as the host team in a nearly empty stadium 1,500 miles from home.

Yes, an improbable season. The adjective did fit, and Scully did not mind using it.

Could the Dodgers land Trevor Bauer? There’s always a chance 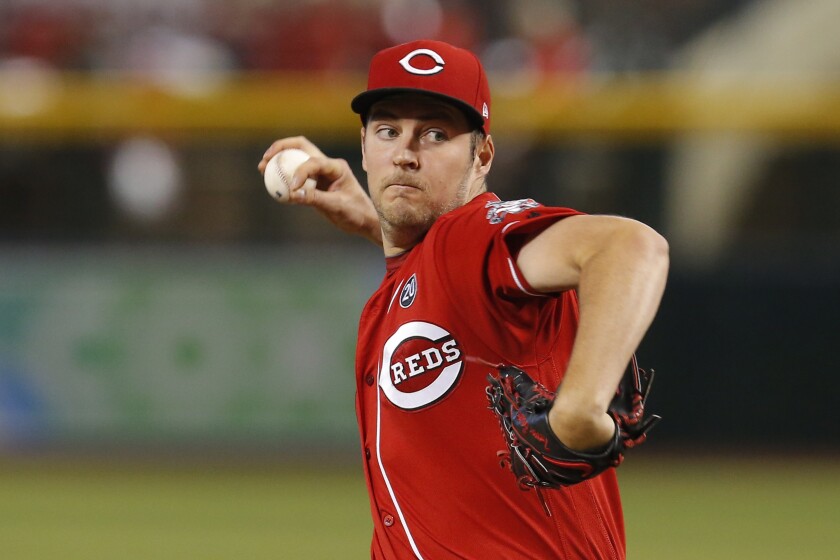 Could the Dodgers land Trevor Bauer? There’s always a chance

Twelve seconds after Steiner delivers his line, the film offers a replay of Scully’s classic line, in a sequence which blends three images: Mookie Betts, then Cody Bellinger, then Gibson.

The next minute is the best: images of the 2020 celebration spliced with images of Jackie Robinson, Don Drysdale, Sandy Koufax, Orel Hershiser, Don Newcombe and more Dodgers champions.

The tie that binds the Dodgers’ seven championships is Scully.

“It was a privilege, God’s blessing, to allow me to hang out for 67 years,” Scully said. “And to sit on the sidelines and watch No. 7 pop up, that was great.”

Cohen said the privilege was his, to write the words Scully would say.

“This is absolutely a bucket list sort of item,” Cohen said.

This film is not going to be a big seller in San Francisco. This film is for Dodgers fans, and that montage of team history — from Ebbets Field to Dodger Stadium, from Robinson to Betts, from Koufax to Kershaw — is a video scrapbook for the ages. There is only one voice Dodgers fans would want to hear sharing that story.

AmCham South China: 94% of US Companies Optimistic towards 2021 Business...

A Critic of Technology Turns Her Gaze Inward – The New...

Vintage technology: 'It sounds so much cleaner' – BBC News